I’ve tried various vegan brownie recipes that I haven’t been thrilled with… I know, how do you mess up brownies? But the texture would always be off, or they were crispy and I couldn’t get them out of the pan. I had a chocolate craving the other night though, and I finally found a recipe that actually came out pretty well. 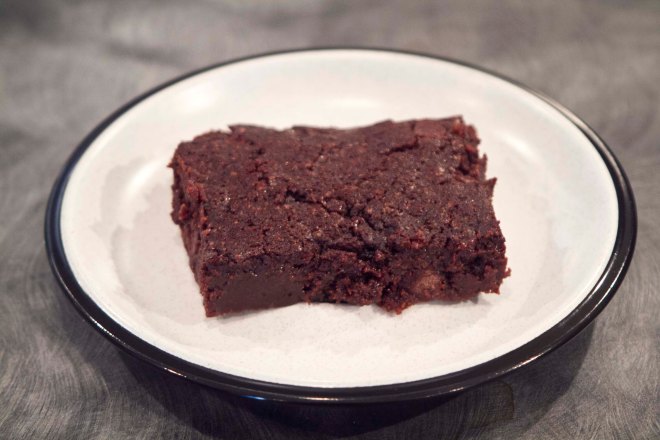 I might tweak it next time by using a bit less oil. I ended up adding a little extra cocoa powder because they seemed too wet from oil, but otherwise they turned out well. They were easy to get out of the pan, and they were fudgy and soft like a brownie should be. The recipe came from All Recipes. They were so yummy I didn’t wait to get a photo of the whole pan as you can see. We just dug right in! If you have a favorite vegan brownie recipe, share it in the comments! 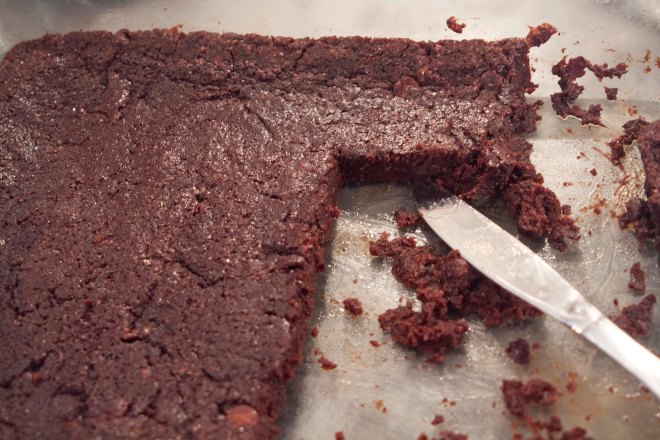 Every now and then I peruse the Whole Foods shelves to see if any new vegan products have appeared, and this weekend I found a vegan brownie mix. Yum! I don’t know if it’s new or I just haven’t noticed it before, but of course I had to buy it and try it out. I also bought a vegan pancake mix by the same brand, but haven’t tried it yet.

The mixes are made by Cherrybrook Kitchen. They specialize in allergy free cake, cookie, brownie, and pancake mixes. In addition to being vegan, some of their mixes are peanut free for people with allergies and they also offer gluten free mixes.

It’s not like I can’t make brownies from scratch, but sometimes you want a quick treat that only requires a few ingredients. The brownies came out pretty well, though they are a bit cakier than I think brownies should be. I had to cook them longer than the directions specified. They called for 16-18 minutes, but the middle was still pretty liquid after that long. I left them in for about 5-6 more minutes before they seemed firm enough to take out. Interestingly enough, after a couple days in the fridge, they have a more browny-ish texture and I like them better. (I know, I’m surprised they lasted that long too!)